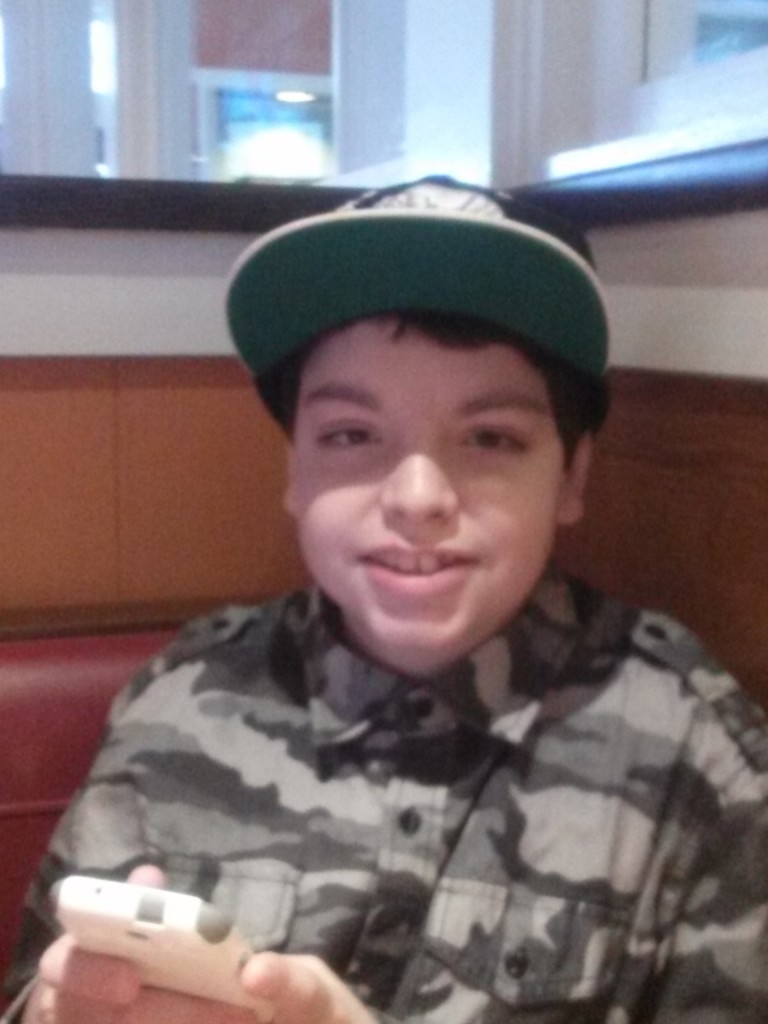 For most boys who have just turned fifteen, life consists of friends, dreams of dating and driving, sports and figuring out who they want to be and what they want to do when they get older.

He was diagnosed with Acute Lymphoblastic Leukemia (ALL) – a type of cancer in which the bone marrow makes too many immature lymphocytes (a type of white blood cell) – along with what is known as the Philadelphia Chromosome or translocation (which is a specific chromosomal abnormality) in January of 2012.  Prior to his diagnosis, through his very early years, he’d had the propensity to walk on his toes but later experienced foot drop (a gait abnormality where the forefoot drops due to weakness, damage to nerves or muscle paralysis) which contributed to severe atrophy in his legs. He was also born with micrognathism, a condition where the jaw is undersized.

This background is important because when he was diagnosed with ALL, the course of treatment prescribed was three years of IV chemo and subsequent oral meds. Chemo somehow affected his feet and they became rigid,…permanently stuck in an “S’ formation. Because of chemo, his feet are stuck like he’s walking in 5” stiletto heels all the time – minus the shoes. It not only affects his feet but his muscle structure and hips as well. He has a hard time getting around his two-bedroom apartment, and long ventures outside to experience life beyond hospitals at this point, are a dream. His orthopedic doctor said it’s the worst case he’s ever seen and has sent his records to New York asking for the help of a panel of colleagues.

Because of Nick’s chemo and the intended effect of killing his lymphatic blood cells, he is left with a severely compromised immune system so the chance of surgery is remote until he is through chemo and is strong enough to withstand possible infections that may be introduced during a surgical procedure.

The irony of his whole situation is that prior to his diagnosis, Nick grew out his hair (11 inches) in order to donate it to Locks of Love – an organization that takes donated hair and creates wigs for childhood cancer patients. Despite ridicule and name calling from classmates, he was determined to do something positive that would make a difference to a child with cancer.

Two months later, he was diagnosed with cancer.

He later wondered if he’d used that option, if his own hair would’ve been used to create a wig for himself. But after thinking about it, he wanted all hair to be used for others who needed it more than he.

That’s just the kind of person Nick is.

Rather than looking at his glass as half empty, he chooses to look at it as more than full and does what he can to give back. One of those activities was to get involved with a group called Conker Cancer whose mission is to give kids hope one pillowcase at a time. He spent one day with TRF’s president, Jesse Robinson and two of Tyler’s friends, Hayden and Chadwick, making pillowcases that could brighten the days of sick children and send them off to sleep with even sweeter dreams. 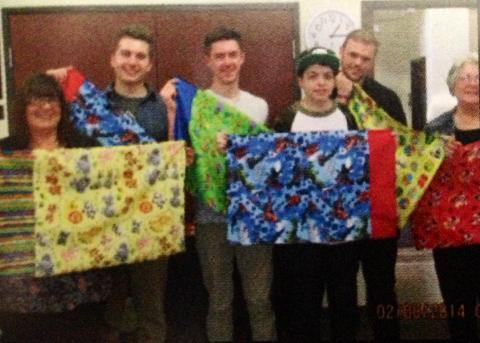 Nicholas is blessed to have an amazing grandmother who at 65 received custody of him and does whatever she can to support and enhance her grandson’s life. He does have contact with his father but because of his employment, is unable to take care of his son. His grandmother, Michelle, works full time at Subway to pay for Nick’s treatments and support him as best she can.

Nick currently cannot go to school and has one friend who lives across town but he has not seen him for about 7 or 8 months. His older brother is able to visit every once in a while and his maternal grandfather helps care for him during the day.

It’s been a struggle budgeting and commuting to Loma Linda Children’s Hospital for his treatments and medications. It’s been a hand to mouth existence without small luxuries like the ability to celebrate Christmas because she has to work every moment she can to pay the expenses.

Betty Tyler, a family friend, knowing of their struggles contacted TRF and submitted Nick’s name for consideration as a candidate for help. Members of TRF then spent the day with Nick and his grandmother. After that, the TRF board was quick to accept their application and even quicker to help assisting them with rent payments for six months and paying off Michelle’s car.

Michelle, who has spent her whole life working and making due was overcome by emotion when asked how TRF has helped her family.

“I can’t even express the gratitude I have for Jesse and his family. They have been such a blessing in our lives. I’d never been given anything in my life before but they have made such a difference to us and just to know someone cares! I can never express enough gratitude,” she said.

Nick and Michelle are currently stashing a little away every week to try to find a way to get a wheelchair so Nick can be more mobile and see more of the world than just hospitals.

Nick is in remission as of July but is by no means out of danger and has 22 weeks of chemo to go.  Nick dreams of recovering from cancer, getting his feet fixed, continuing his education and giving back.

“I want other kids to know that they have hope and when it does get tough, to stay strong,” he said.

Michelle asks for only one more thing, “Everybody goes through struggles but these patients put up with a lot of pain. I ask for prayers for him and the others who go through it. I am so grateful for what we have, we’ve been blessed beyond our dreams but continued prayers for strength and endurance for those who struggle with this disease is appreciated more than anyone could ever realize.”