25 Aug The Power of a Small Idea 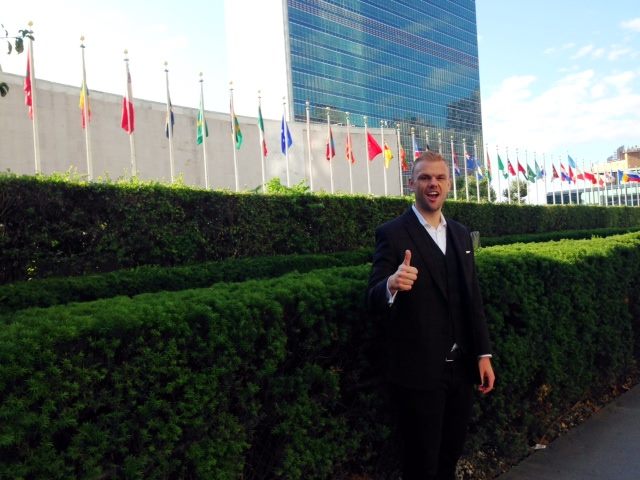 Tyler Robinson Foundation President Jesse Robinson recently spoke about TRF’s beginnings and rapid growth at a global conference of young philanthropic leaders. The Nexus Global Youth Summit was held in New York City in July, drawing attendees from around the world. Nexus leadership has been impressed with the development of TRF in its first year, and they asked Jesse to share the story of the Foundation with other young humanitarians.

In his remarks, titled “The Power of a Small Idea,” Jesse shared the evolution of TRF.

“I explained that it all began with a very simple idea, the desire of a few people to help cancer patients and carry on Tyler’s positive legacy,” he said.

Jesse said he believes in the power of small ideas and that a small group of committed people really can effect positive change in the world. He met many of those people at the Nexus Summit. “Every person I met was doing something amazing,” he said, calling them “the most impressive group of minds I’ve ever been around.”